Although Eggplant is relatively low in most vitamins and minerals, it boasts a good share of antioxidants and is an excellent source of fiber, making it a valuable addition to our diets. 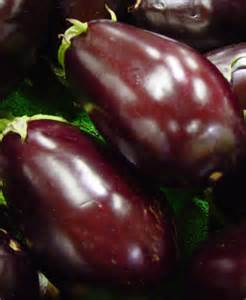 Eggplant is a member of the nightshade family, along with such common foods as tomatoes and potatoes.  Rarely eaten raw due to its bitter flavor, it mixes harmoniously with many other flavors when cooked and is often combined with tomatoes in entrees. 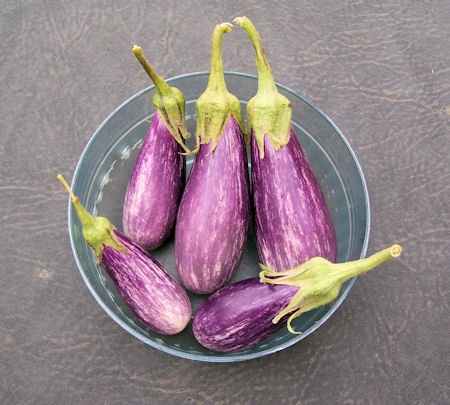 Most think of eggplant in the quite well known Eggplant Parmesan, a favorite dish that can be served as a family casserole or as an elegant dinner party accompaniment. 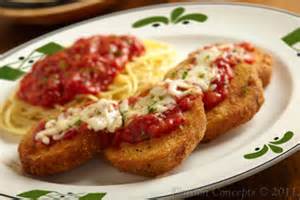 But eggplant can also be used in soups (see our recipe here) and stews, other entrees, and even in desserts, 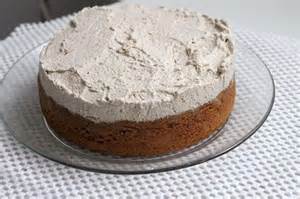 Soup with Eggplant?  Yes!  Eggplant Parmesan Soup is a hearty, healthy addition.  Our recipe is here. 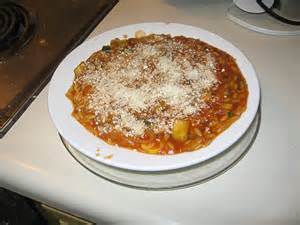 Eggplant is easy to grow in your garden or backyard, but can also be purchased year round in most groceries. 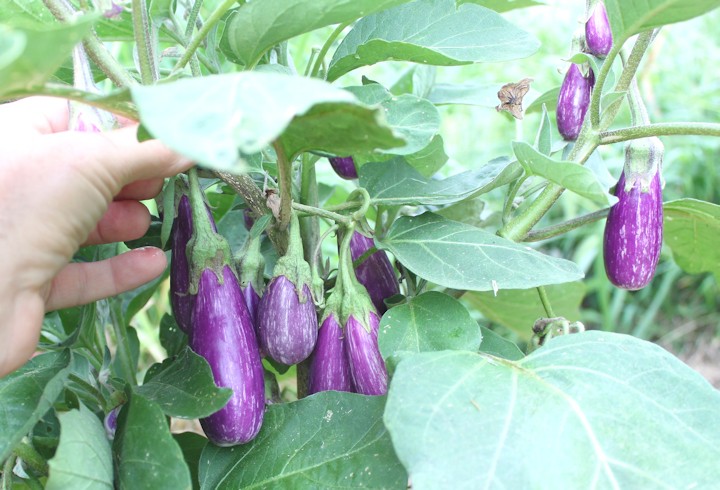 Look for a glossy color with very firm flesh.  Once picked, it has a relatively short life, but it will store a short time in your refrigerator and can be frozen for later use.  It can also be canned for use in soups,stews, or any recipe not requiring the firmness.

With any preparation, you can remove most of the bitterness by salting and allowing to set in a colander for 30 minutes before 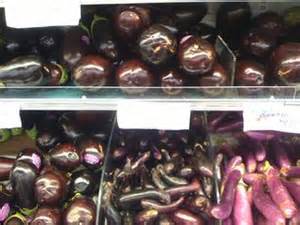 continuing your recipe.  The salt will draw out the bitterness and leave you with a mild flavored vegetable, ready to assume any role.

Eggplant can be simply prepared on a grill by brushing with oil and lightly grilling over medium high heat.  Roasting in the oven is another easy option and either one will yield a nice side dish, or the beginning of a wonderfully flavorful dish, including

What is your favorite way to use eggplant?