Modesty, what exactly does that word mean?  According to dictionary.com , this noun has 3 main uses:

1. the quality of being modest; freedom from vanity, boastfulness, etc.

2. regard for decency of behavior, speech, dress, etc. 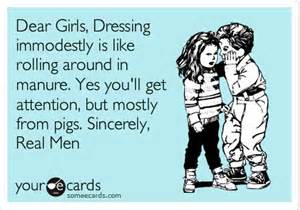 In reality, they are all quite intertwined.  When we are not boastful and vain, we tend to speak in a similar fashion, not attempting to draw the attention from everyone.  We might dress in a tasteful fashion, attractive, but not in a way to flaunt ourselves.  Makeup and jewelry are minimized.  Shorts or dresses are not terribly short, shirts and blouses cover us in like fashion.

Modesty is not a set color or style and can be slightly subjective. While it is obvious when someone dresses or acts immodestly, often the modest fashion is not considered.

And that is the point.  If a person is seeking the attention of all he or she meets, if that person is attempting to draw the attention to themselves, through revealing clothing, heavy makeup, or jewelry to add “bling,” modesty is gone.

Today’s social media might actually be a barometer, of sorts.  Looking through facebook pages, I often see teens and young adults photo sections that are brimming with photos of themselves.  Yes, they often have others interspersed, but they are the “star” of most of their own photos, often posing in front of others and all too often with less than a tasteful amount of clothin.  In group shots with friends or family, they try to stand out, rather than be one of the group.  Even the body language suggests “look at me!”

To be fair, young adults have always had their share of immodest members and the older generations have forever been concerned with the looks and actions of the upcoming.  But with the ease of social media, it is much different than it was when it was merely at the mall or at a friend’s party.

But what is the problem with being immodest?  Why wouldn’t I want to be featured in my own photos?   Is it really so bad to want to be the center of attention all the time?

Some might say it goes to character and yes, it does.  It shows a person more concerned with themselves than with other people.  Of course, they might be out helping others, showing concern, possibly even earning volunteer hours.  But they are not doing it for others, but rather to make themselves look better.  It’s all about “me” not about “we” or “them.”  And that focus is not good for the others, but is equally harmful to the individual.

A person so wrapped up in themselves, their looks and the attention they can command, is not as concerned with his inner self, and so spends ample time fussing over his looks, while leaving less time for his work or studies, his friends’ needs, or even his spouse.  That can lead to enormous problems over time.

Modesty seems to be inconsistent with our capitalist lifestyle; after all, don’t we need to be noticed in our personal or work environment as we strive to get ahead?

While we do need to be noticed on the job, we should be noticed for what we do, not for how our revealing dress.  An immodest employee will often fade in job performance, and therefore career over time.  Confidence, created by being capable, is much more in line with getting ahead.  A confident person is comfortable dressing and acting modestly.  He knows he is competent and does not need to be flashy or arrogant to accomplish his goals.

Similarly, in our personal lives, giving to others rather than being self-immersed, leads to stronger families and lasting friendships.  Of course, some do exist quite well when one spouse is immodest and the other self-less, but that balance is often difficult to maintain long term. 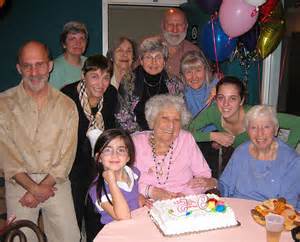 A benefit to modesty that many overlook is that of simplicity and time.  When we spend less time and money on the clothing, jewelry and makeup to be the “wow” person, we have more to invest in our relationships and family.

It is also a great relief, though at first it might seem otherwise.  When one is able to set themselves aside and focus on developing their interests,  they can relax in the company of others.  When a person tries to meld in with the group, it even shows in photos, some of which will feature him with his friends and family in which he will not attempt to stand out above the others; while others will focus on other things he now values, a favorite pet, photos of others that he takes, rather than stars in, and maybe even a beautiful landscape.

Modesty, practiced well, leads us to a more simplistic and serene life in which we can truly appreciate the wonders with which God has blessed us!